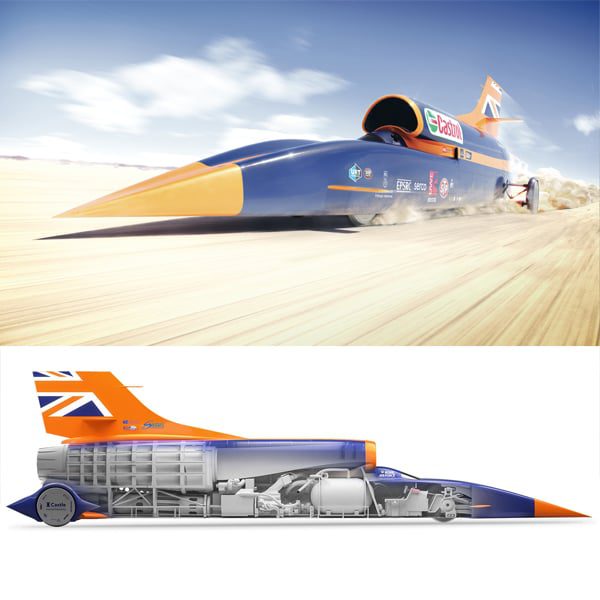 We all know the importance of Non Destructive Testing – but what if you’re driving a 750hp vehicle that reaches a top speed of 1000mph / 1609km/h?  The challenge of ensuring all components are in perfect working order is where NDT becomes arguably the single most important factor in safety and success.

Enter the Bloodhound SSC (SuperSonic Car).  In an attempt to break the land-speed record of 763mph/1227km/h, this 13.5m long car with a fueled weight of 7.5tonnes needs to be in perfect structural condition.

Created as a mix of jet-aircraft and auto technologies there is a varied mix of components and materials that will rely on NDT during the manufacturing process and use embedded NDT systems that will be employed during the record attempt.

In development are custom-built vision systems which accept and record high-definition video feeds from some 25 cameras, including an Optronis high-speed UV camera to film the rocket plume.

Half jet, half car, Bloodhound SSC is scheduled for testing in the South African desert before officially attempting the world land speed record some time in 2016.

Contact us at Nexxis to discuss your NDT requirements.