The Advantages Of Underwater Cameras For The Marine Industry 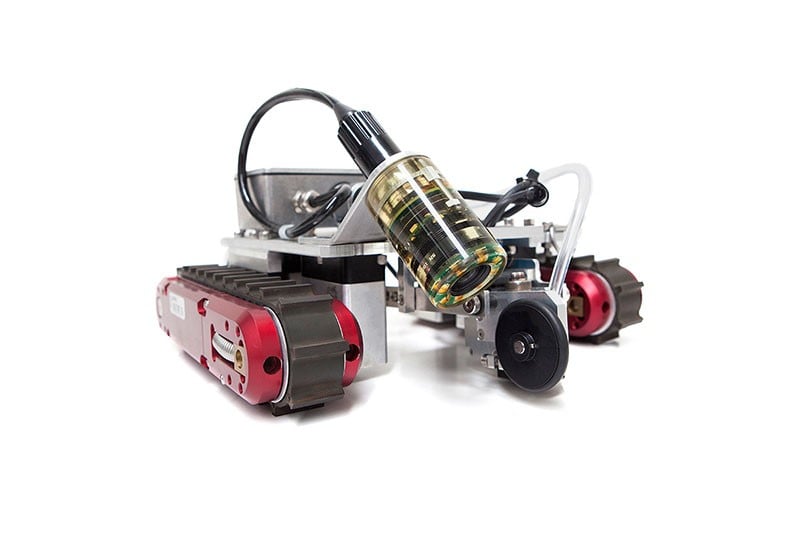 To get an idea of the vast capabilities of underwater cameras, do yourself a favour and have a look at the incredible underwater footage of a brinicle – an ‘icicle of death’ – filmed for David Attenborough’s  BBC One Series Frozen Planet.

The sight of a freezing plume of brine descending into  seawater below the Antarctic ice and sending hundreds of starfish scrambling to escape its deadly path will put you in awe of the capabilities of underwater cameras – and of course, the crew.   The cameramen set up a rig of timelapse equipment and within six hours, were rewarded with the first-ever footage of a brinicle forming.

Whilst this article is about the advantages of underwater cameras for the broader marine industry, of which filmmaking is just one sector, the footage mentioned above serves as a compelling example of what can be achieved.

Of course, the majority of footage from underwater cameras isn’t made into a blockbuster television series, but that doesn’t mean it’s no less important.  In fact, the footage that these robust yet highly advanced devices produce in the many and varied marine industry applications serves a far more valuable purpose.

What are the advantages?

Well, let’s take the MaggUTTM-Marine (MUM) as an example.  This best-in-class device can descend down to 60 metres and can withstand the harshed conditions.  It can be used for a range of applications including quantifying metal loss on ship hulls, pressure vessels, large diameter pipes, subsea structures etc and it goes without saying that the images it produces are extremely high quality.   It also has various echo features so that measurements can be checked through coatings up to 20mm thick as well as through surfaces that are heavily corroded or pitted which is an important feature in highly corrosive marine environments.

That’s just one example of an underwater camera, but if you choose any one of the leading global brands, you’ll find that they’re all powerful, versatile and very easy to deploy and manoeuvre, making them ideal for a wide range of applications in the marine industry.  Importantly, these underwater cameras can be linked to powerful software which enables comprehensive data collection and easy report generation.

In many instances, remotely operated underwater cameras like the MaggUT negate the need for humans to venture into potentially dangerous marine areas – plus they make it possible for inspections to be done without the need for commercial divers which significantly lowers the cost involved.  If a diver is required to go into the water, the risks will be significantly reduced if an underwater camera has been used to pinpoint the accurate location of the task because the diver’s time in the sea will be minimised.

If you’d like to learn more about the advantages of underwater cameras for the marine industry and how they could benefit your operation, have an obligation-free chat to one of our experienced technical team.  We’ll work with you to formulate a cost-effective, flexible and project-suitable technical equipment solution for you that will meet your inspection needs and boost your bottom-line too.