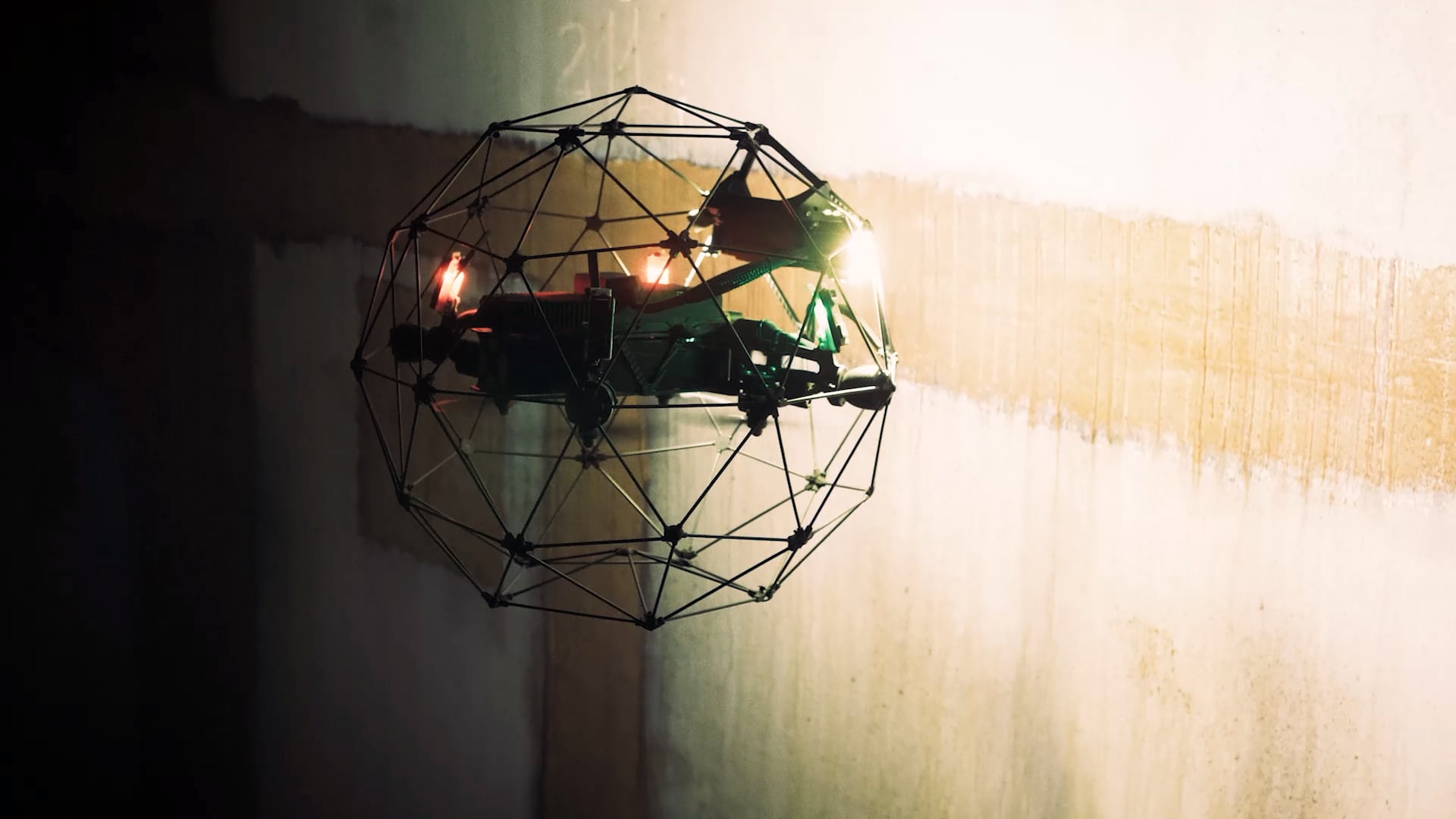 The successful deployment of Flyability’s Elios 2 inspection drone has, inevitably, led to copy-cat products being brought to market – generally at a much cheaper level. One such option is the safety cage that can be used with the Mavic 2 series. In the interests of healthy competition, we take a look at how the two products compare and – particularly in the field of inspection and surveillance – the importance of selecting the right tool for particular tasks.

While both the Elios 2 and the caged Mavic 2 might appear similar at first glance, nothing could be further from the truth. The main takeaway is that the Elios has been produced specifically to carry out inspections within confined spaces. On the flip side, the cage that surrounds the Mavic 2 is simply that – an exterior skeleton to protect the drone within.

With that in mind, let’s explore the reasons why you might select the less expensive option for particular surveillance tasks.

Pros and Cons of the Caged Mavic 2

Interestingly, the cage for this has been designed to be used across the complete Mavic 2 series. This low cost option might give the impression that it’s suitable for tight spaces, but it’s important to remember that this is an add-on – not a whole solution. While it will help protect the Mavic 2 should an impact occur, it’s not a rounded solution to fly within tight spaces.

This option is a good choice for outdoor surveillance with few obstacles, and the Elios camera can’t compete with the Mavic 2’s thermal and visual 20MP camera. However, adding a cage to a drone doesn’t suddenly make it suitable for hard to reach areas. The following are the most pressing reasons why you wouldn’t want to send the drone (caged or not) into a tight mine shaft or any area where visibility is impaired:

Pros and Cons of the Elios 2

The most important thing to understand is that the Elios 2 has been created for the specific task of confined space inspections. The cage is an integral part of the inspection system, as opposed to being an add-on. The camera and surveillance system has been designed with confined space at the forefront, allowing the most accurate of data capture and clarity of vision. Together, these bring a multitude of advantages for those piloting the equipment and those who plan maintenance and repair tasks:

For confined space inspection tasks there’s no comparison between the two products – the Elios 2 wins hands down. However, that doesn’t mean that the caged Mavic 2 doesn’t have its place – far from it. For exterior surveillance it’s a great tool. Yet adding a protective cage to attempt close-quarters inspection at the expense of the associated reduction in performance seems somewhat counterproductive.

Far better to use a tool that’s designed for the job – and the Elios 2, while more expensive, provides unrivalled capability. From tank inspections to mapping underground mine stopes and everything in between, the quality of this cutting-edge tool’s inspection data is a small price to pay for the information it provides to plan and carry out ongoing maintenance tasks.

Tools such as the Elios 2 are just one example of the cutting edge options available through equipment provider, Nexxis. Thanks to an innovative approach, their experts work with plant and asset owners to determine the most advantageous solutions at the time they’re needed – a refreshing approach to industries that demand flexibility in their inspection equipment needs.

Written By NexxisMay 24, 2021 · 5 min read
Previous
Next
Join our mailing list // Discover a world of forward-looking solutions designed to shape the future. Ready?