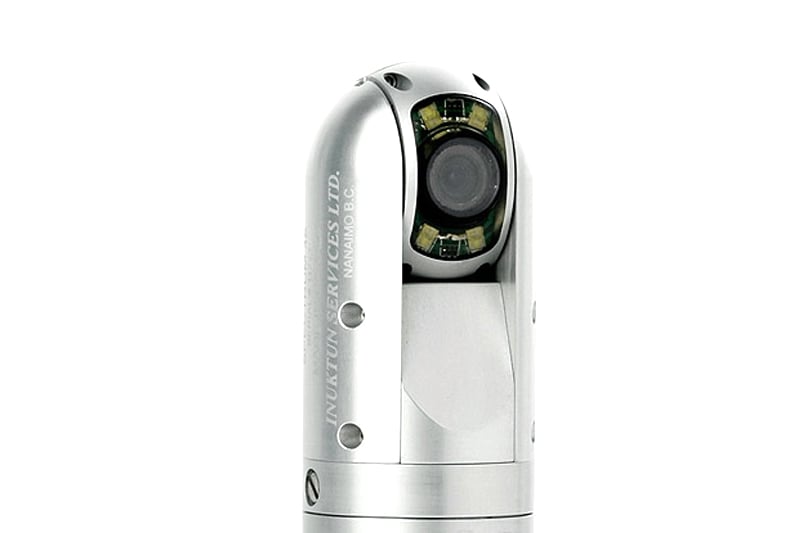 High definition (HD) video is growing in popularity in industrial inspection applications, providing almost six times better resolution than standard definition (SD). Although it was introduced on the consumer side many years ago, HD has only recently become available for industrial use.

“Because of the extra resolution, HD video can be very useful in remote inspection applications,” says Inuktun President Colin Dobell. “More details are visible on an HD image than an SD image, allowing for better analysis of infrastructure, such as pipes, tanks and tunnels.”

Inuktun currently manufacture an HD camera with 1080i resolution, the Spectrum 120HD, that can be used in air or underwater. The pan, tilt and zoom HD camera records video with more than two million pixels compared to about 345,000 for SD.

“If you want the best resolution and don’t mind paying extra for the camera and associated hardware, HD video is the option to choose,” recommends Dobell.

An added benefit of HD is that it is internationally universal. SD has different formats depending on where you are in the world — PAL and NTSC — and both 50 and 60 hertz frequencies, Dobell explains, “whereas HD video uses the same standard everywhere”

However, he cautions that the technical requirements for HD can still be a challenge. “New technologies are miniaturizing HD components and making it easier to package and transmit, but longer distance transmissions require fiber optic cables,” Dobell says. “Maintaining signal integrity of HD video over multiple connectors and/or slip-rings is very challenging.”

He also cautions that HD video files can be very large as uncompressed 1080i video takes up about 10 gigabytes (GB) per minute compared to about four GB per hour for high quality compressed SD video. As well, video overlay of text and graphic information on HD signals is not yet easily accomplished.

The table below illustrates the main differences between SD and HD for industrial camera systems: